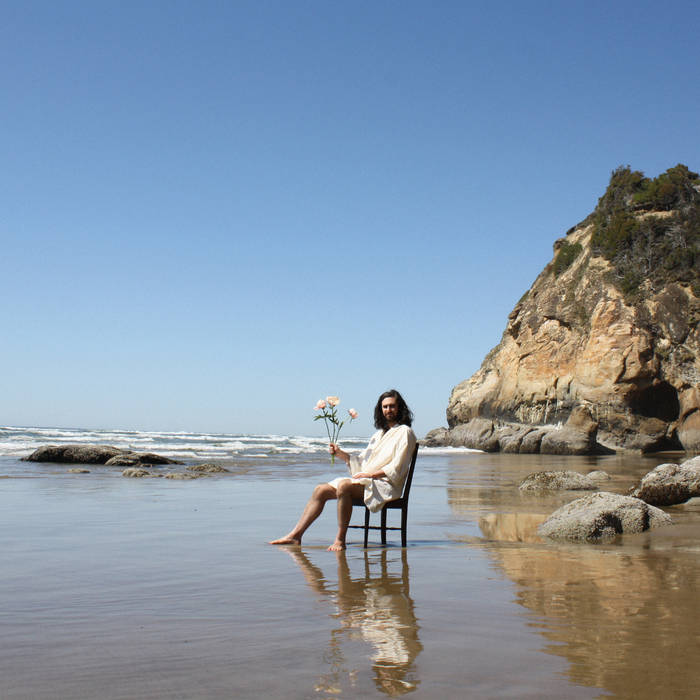 Dream Weather Its Electric Song, the first proper Half Shadow album to find release, takes the most enigmatic aspects of the project—the ever-evolving songwriting apparatus of Portland’s Jesse Carsten—and uses them to create an immersive world in which to bathe. Like an esoteric dream journal expanded into the reaches of the sonic, Dream Weather invokes a lunar sphere in which all things hum with electricity, and the air is alive with sound and speech. Blooming within a landscape of midnight-blue rock, Half Shadow’s sound palette spills over with liquid basslines, polyrhythmic hand drums, and crystalline vocal harmonies, composing a complete cosmos. At times raw, minimal, or softly psychedelic, the record resonates as a dream swelling into daylight vision, wrapping listeners in dark, sparkling hues and mossy undergrowth.

Recorded over the course of a year in two different rooms of Carsten’s home—a spare, wooden meditation room and a small, shared art studio piled with scrawled notes, hand drums and cymbals—Dream Weather Its Electric Song harbors the quiet, earthy reverbs of home and the dense echoes of the environment surrounding it. Actively blending the phenomenal and the personal, these songs weave a dreamscape of body and weather. Singing into the approach of a storm on one of the album’s two title tracks, Carsten intones “Can you feel it, in the blood? Charges pulsing, rearranging ions / Am I dreaming your electric song? / My electric body hums along.” Dream Weather solicits this kind of reciprocal psychic experience in which there is no separation between dreamer and dream, self and other, mind and macrocosm.

Half Shadow has always played in the space of the mysterious but with Dream Weather Carsten finally steps into the masterful position of melding the imperceptible with the accessible, cloaking the unseen in catchy art-music. Half Shadow’s songs linger in the zone between waking and sleep, treading a personal path of piscean vision. “I’m teeming with luminescence / and silken rhythm sighs / when I’m waking in the morning / from the dream I drank last night.” These lyrics urge an embrace of the undiscovered spaces of the human psyche, the untrod places, brimming with unexpected treasure. Dream Weather Its Electric Song stages a powerful sonic coup—listeners may simply think they’re having a taste of the new Half Shadow record but unconsciously they’ve been ushered into a real, living dream. They may even find that it’s their own.

"Dream Weather Its Electric Song,” offers a unified, compelling, and fully realized vision of a poet exploring his own new, windswept landscape, blending realism with a lyrical, cosmic-language experimentation. Carsten brings an animistic, tactile quality to his songs, woven throughout drawing from dreams to celestial visions, blending spiritual and physical modes of perception. Lyrics slip between being sung to being spoken, dissolving definitions of form and meaning." Goat Palace

"It is refreshing to hear this concentrated thoughtfulness and tenderness in a stark, folk package.” Tome To The Weather Machine

"Carsten strives to find meaning in the mysteries of the natural world and the subconscious mind across the eleven songs of the record... deconstructing familiar songwriting styles, bringing the logical mind into alternate pathways of operating.” Queen City Sounds

“The album feels as much like poetry as it does music, with the lyrics taking center stage. While the words have an undeniable hippie aesthetic throughout, Half Shadow isn’t talking about crystal energy or dreamcatchers, but rather a universal wisdom.” Slow Breathing Circuit

“Half Shadow, the ever-evolving songwriting extension of Jesse Carsten, is built of a series of weighted dream- songs...filled with detours to unexpected lands where the line between open and unhinged is thin. Carsten's performances are invariably powerful, full of wonder, and unlike anything else."

Bandcamp Daily  your guide to the world of Bandcamp